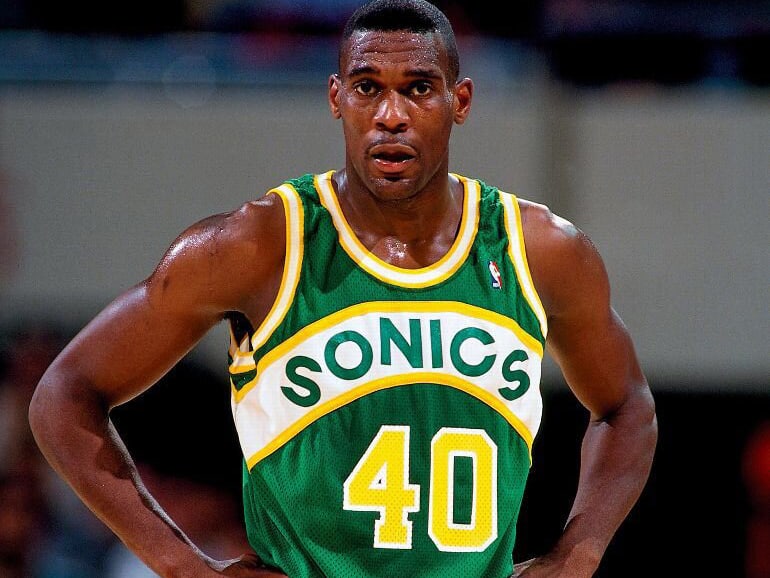 The NBA Draft is one of the most important elements in building a championship caliber team. Owners spend many millions of dollars annually to make sure their draft selections are correct. Basketball Operations departments have unlimited tools and resources to ensure they make the right pick. Unfortunately, every year colossal mistakes are made which set franchises back for years.

Everyone knows that in 1984 the Portland Trailblazers front office led by Harry Glickman selected Sam Bowie with the #2 pick passing on Michael Jordan, Sam Perkins, Charles Barkley, and John Stockton. Most basketball fans also remember the Portland Trailblazers whiffed again in 2007 when the Kevin Pritchard-led front office selected Greg Oden over Kevin Durant with the first pick in the draft.

Have you ever heard of Darko Milicic? In 2003 the Detroit Pistons General Manager Joe Dumars used the #2 pick to take Milicic. The Pistons passed on Dwayne Wade and Carmelo Anthony!

The 1996 draft featured four players that are now in the Hall of Fame- Kobe Bryant, Allen Iverson, Ray Allen and Steve Nash. Toronto, Vancouver, Minnesota, Boston, L.A. Clippers, New Jersey, Dallas, Indiana, Golden State, and Cleveland all selected journeymen players ahead of these great players. How can you select a player like Todd Fuller over these future NBA Hall of Famers? Can you imagine paying someone millions of dollars to select Samaki Walker over Kobe Bryant? These General Managers also passed on future All-Stars Peja Stojaovic and Jermaine O’Neal*.

Teams today continue to have better resources and technology to guarantee success on draft day. Some of the tools used include:

Despite all the resources, teams continue to make monumental mistakes on draft day. Recent examples include:

2014- NBA MVP Nicola Jokic was selected 41st by Denver. Virtually every team in the league including Denver which had the 16th pick missed on the reigning MVP! The first two picks in the draft were Andrew Wiggins- Cleveland and Jabari Parker- Milwaukee. These teams took journeymen players over All-Star Joel Embiid.

2018- Sacramento selected Marvin Bagley with the second pick instead of Luka Doncic (#3) or Trae Young (#5).

Why do so many NBA teams get it wrong?

NBA drafts are properly evaluated after three seasons. Most NBA teams are only focused on the upcoming draft and fail to evaluate past draft day performance. I always evaluated our team’s player rankings three seasons following each draft. I felt it was essential to understand which players we rated properly and which players we missed on. Each team usually only has two draft selections on draft day, but they will have evaluated and graded approximately 75-100 players.

The key to getting the draft right is to understand why you got it wrong!

By nature, most NBA owners are forward-thinking and rarely hold General Managers accountable for draft mistakes made three years prior. In addition, General Managers and scouts are very good after the fact at rewriting their scouting reports. One example of this was when I was the President and General Manager of the Seattle Supersonics. We played the Denver Nuggets and beat them handily. Shawn Kemp had a huge game. Pete Babcock, the Nuggets GM was quoted in the paper saying he loved Kemp and would have drafted him if he was available. After reading the article I called Pete and reminded him he took Todd Lichti with the 15th pick, and I selected Shawn Kemp with the 17th pick. He was thankful for the call and happy the media and the owner did not “look back at the actual order of the 1989 draft.”

Selecting players and putting a championship roster together is very difficult. It requires vision and the ability to combine art and science. Some people are very good at it, but many others simply lack the skill set. Unfortunately, having a passion for basketball is not enough to be able to make the right selections on draft day.

Draft picks will only be successful if General Managers are good at other parts of their job such as:

Player Development
Drafted players need coaches that can help them develop basketball skills required to be successful in the NBA. On-court skills work is a year-round process that occurs outside of regular team practice sessions. Development includes strength and conditioning, nutrition, media training, and a variety of skills to improve physical and mental health.

Coaching
General Managers must hire a coaching staff and draft players that fit the philosophy and system the team implements. In general, coaches do not like to play young players. Therefore, the General Manager must convince the coach to support young players and allow them to earn playing time. I was in charge of seventeen NBA drafts and in most cases, the coaching staff tried to convince me to trade our first-round pick for an established veteran player. A good General Manager will make the roster better for the upcoming season AND the future at the same time. I found that when I made the team better now, the coach believed in my vision and was more apt to help develop our young players. In 1989, our Sonics coach Bernie Bickerstaff wanted a point guard that could help us now. With the 16th pick, I drafted Dana Barros to fill that role. In addition, with the upside for our future in mind, I wanted to draft Shawn Kemp. Bernie supported my gamble on Kemp because he got the immediate help he wanted in Barros. Both players became future All-Stars!

Support Staff
Drafted players need help adjusting to a new city and being away from home for the first time. Too many franchises assume the drafted player will figure NBA life out because they are being paid a lot of money to be a professional ballplayer. The opposite is true. The best players have support from the organization in all areas of life away from the court. A young player comfortable with his new surroundings in more likely to develop into a solid NBA player. In 1996 I drafted a seventeen-year-old from South Carolina to play in Portland, Oregon. Jermaine O’Neal was homesick and felt lost until I hired his former high school coach to join our staff and live in Portland. George Glymph was the comforting father figure Jermaine needed to help him adjust to the many demands of his new life in the NBA.

The 2021 NBA Draft is a deep and talented class. Many of the teams made excellent picks but in a few years certain players will be added to the annual list of NBA Draft Day Air Balls.

*Disclosure- I drafted Shawn Kemp (17th pick), Jermaine O’Neal (17th pick), and Zach Randolph (19th pick) all outside the lottery. Kemp and O’Neal were each 6-time All-Stars and Randolph was selected to the All-Star team twice. All three players had seasons in which they averaged 20+points and 10+ rebounds. 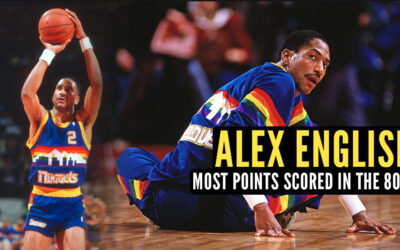 The NBA All-Star weekend was extra special this year because the league honored the best players of all time. The NBA 75th Anniversary team was selected by a panel of media, current and former players, coaches, general managers and team executives. As a result of a...